While we spend a lot of time advocating that people find ways to save money by budgeting, we don’t spend much time talking about ways to shave off a dollar here and there so that you can put that money either into savings, paying down outstanding bills, or investing. There are some common sense things people can do that may not always be popular, but are sound and still allows people to enjoy their lives nicely. 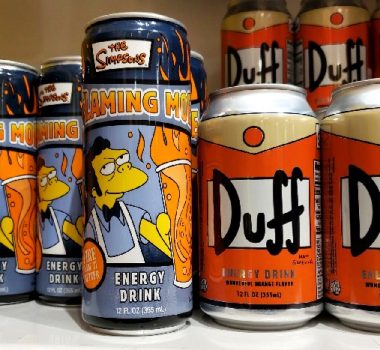 Here are 4 suggestions that won’t change your life all that much but will save you some money:

1. Buy some store brand items as groceries. We all like name brand products because we’re comfortable with them. We see the commercials and think we know everything we need to know about that. However, a major truth is that almost all store brand products are packaged by companies that also package things for name brands. This means that often you’re getting the same thing you’d get from a brand name you know.

For instance, most frozen vegetables are exactly the same if they’re not enhanced with things like extra butter, salt or things like rice and pasta. A box of frozen vegetables that might cost you $1.59 from a name brand may cost you as little as 79 cents at certain local stores. Store bread often provides at least a dollar’s difference and pretty much tastes the same. Stores can offer a lot more flavors at the reduced rate. Buying enough things like this could cut your food budget in half, and many stores offer extra discounts if you have their card.

Not as many people use coupons for buying groceries as in the past, but they’re still around. Many of them still come in the local Sunday newspaper, sometimes for specific stores and other times for the products. The same goes for fast food meals or bakery goods. There’s something for everyone, which means you don’t have to eliminate everything you like all the time. It’s something to consider.

2. With clothes, it’s not the designer as much as the outfit. President Obama’s wife was known as a sharp dresser until she let the news out that she bought most of her clothes from Target, which cost way less than designer clothes. Often you’ll see after major awards shows how some stores will put together outfits that look just like what you saw on TV for thousands of dollars less.

Every person has their own flare and design, and can impress others with their sense of style without paying hundreds for clothes that don’t offer anything more than the tag on the back. If you’re buying things such as shoes because your feet hurt then paying more money makes sense. Otherwise, going broke for a brand name doesn’t do you any favors. There’s also online sites like Coupons.com that lists all kinds of coupons for items both online and in certain stores that might help you save money on a lot of things.

3. Far be it from us to ask you to be sneaky, but why the heck are you paying $15 – $20 to go to the movies and then buying popcorn, candy and soda at the concession stand for another $20, if you’re lucky? There’s nothing you can do about the price to see a movie but taking your own snacks by buying them in bulk at a store first or even just buying a couple of candy bars can save you a lot of money. The same savings can be achieved going to any kind of sports event unless you’re looking for something specific. It would be hard taking in nachos and nacho cheese or a hot dog, but buying a candy bar for just over a dollar is better than spending upwards of $8 for a monster candy bar.

Are you going on a long drive? If so, it’s less expensive to take your own sandwiches and drinks than it is to stop at a rest area. You don’t have to take everything with you; decide whether you’d rather take one or the other, and you’ll still save money. In New York state where we are, items cost more in rest area stores than they do in regular stores.

4. If you have a dollar store in your area you need to check it out at least a few times. What you’ll find is that there are a lot of things they sell that are big name products you’ll recognize, and they’re all only a dollar (or $1.25 in some areas). Things like dish washing detergent, paper plates, things for parties, some canned foods and even candy, especially for holidays like Halloween, and bring you great savings. You might have to have cash for those purchases, but is that really such an inconvenience when you can go home with so many things and save literally 300% or more on your shopping experience?

One last thing. We’re not saying to dismiss quality for cost. If you need to buy an electric blanket for $100 but it keeps you warm during the night, go for it. It’s better to pay more money for something that works or won’t tear apart rather than spending less for something that won’t last or doesn’t work properly. All we’re doing is saying that there are always other options. It might take some time to shop around, but most of that you can do online before you leave the house, so you can save money on gas.