The above might seem like a strange question to ask but it’s an important one. The reason it’s important is because there’s many people and businesses that have problems with their finances, and often they’re making enough money so they should be able to sustain themselves just fine.

Excluding the camp that really doesn’t have enough money to get by easily, there’s two basic relationships with money. One is freedom, the other is security.

Freedom means you feel that you have enough money to spend it as you see fit, whenever you want to spend it. You’re willing to pay your bills, but you live for the moment, realizing that you only live once and you want to be happy living it. Putting money away is the last thing you think about when there’s a concert to go to or a night out on the town means great fun. You see something nice, you buy it without a thought. You live life as if you’re always going to have money coming in, without thinking a bit about your future.

Security means you follow certain plans of fiscal responsibility long term, such as investing, budgeting, putting something away for emergencies, keeping bills to a minimum and looking towards a more secure future. It’s not that you don’t want things, but you’re more disciplined, waiting until you have enough to buy either big or small things so they don’t hurt you financially in the end. You’re not trying to keep up with those who live their lives without caution; you don’t want everyone to know what your financial situation is, good or bad.

Figuring out which team you’re on is important because, as it turns out, having money is actually the real road to freedom. Security will lead you to more of a feeling of freedom than not having it, or owing too much to too many people, or not being able to take care of those small emergencies which sometimes turn into big emergencies. Spending your money recklessly feels nice in the moment but, as the pandemic taught many of us, you never know when something beyond your control might pop up and suddenly you’re scrambling around trying to figure out how to sustain yourself for a while.

The reason we talk so much about budgeting is because most people who spend money without regard don’t actually know what their income looks like, or what they could be doing in diversifying their income that might still allow them to have some fun without putting themselves in danger down the road.

For instance, say you eat lunch out every day during the week when you go to work. These days, fast food isn’t cheap, so let’s say you spend $10 a day. That’s $70 a week just for lunch. Compare that to buying a loaf of bread for $3, some slices of lunch meat for $3 and your favorite condiment for probably $5 as well. You get 2 sandwiches a day out of that for lunch and save at least $60 a week, and since condiments usually last three weeks or so, you end up saving more money the next week. 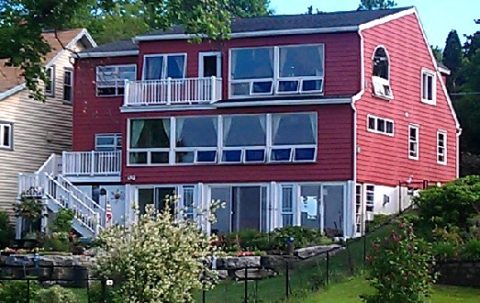 You’ve basically gone from $280 for lunch over the course of 4 weeks down to less than $20, since bread and meat will probably last at least two weeks before you need more. You can even buy two types of meat for variety and still save a lot, at least $225 a month; what could you do with the extra money? It even allows you to decide that one day a week you still want a fast food lunch; you’re still way ahead of the game.

Let’s talk about clothes for a bit. A designer shirt might look nice, but it might also cost you at least $100 or more. That’s for a clothes item that you can’t wear every day, and possibly not even more than once every two weeks, depending on how often you do your laundry. If you do laundry every two weeks, that means you need to spend $1,000 for 10 dress shirts if you’re male, possibly more for women.

However, there are stores like Walmart that sell dress shirts for less than $20, and even if you decide to upgrade a bit and shoot for $30 shirts, it will only cost you $300 for 10 shirts, which means you’ve just saved $700. Unless you’re working in a law firm or something like it, who’s going to know just looking at what you’re wearing where you got your clothes from? Can you think of what you could do with that much extra money, like you did when thinking about it like I asked you to think about lunch?

With just those two ideas, we’ve just helped you save almost $1,000 in expenses, and there’s plenty more things you can do to help save more when it comes to how you purchase items. What’s left can help you do many things. You can pay your monthly bills, and probably pay some of them off sooner. You can take a portion of those savings and invest them so your money will work for you. Start with $50 a month and eventually increase your monthly investment. Do your research, but we’ll recommend you don’t just put it into a savings account at a bank since most of them average only .5% in interest… yearly!

Take a chunk of what you pay monthly and save some of it in the house for emergency purposes. Put it in an old coffee can or an envelope or some other kind of innocuous container and continue putting something in it until you reach at least $500; if you can keep putting more in, that’s even better.

This leads to a different way of thinking about how you spend your money; how to save money, how to live a safer life, how to still have a lot of the things you want, but now with a mindset that says you’re not worried about spending money on something you really want here and there because you’ve learned how to budget your money, save your money, and take care of personal business beforehand and know how much you can spend without worry.

There’s nothing better than not having to deal with stress because you’re always worried about where to get money in a pinch, while also knowing how much money you have instead of spending indiscriminately and not having any idea how much actual money you have available to use without consequences coming back on you.

Deciding you’re going to manage your money better isn’t a “fun killer” at all. Knowing where you can cut spending gives you many more options, which includes saving for your future. It’s something to think about, something we like to encourage, and can help you with if you need it. It’s at least worth looking at; wouldn’t you agree?