We recognize that there are times in almost everybody’s life when cash is low. You get worried because you have bills to pay and you need to put food on the table and it seems like you have very few options. 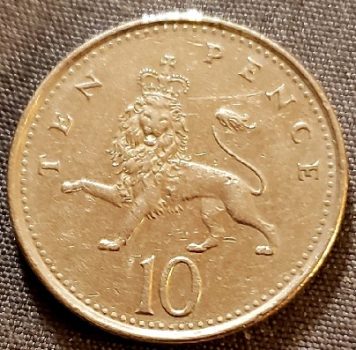 this won’t pay your bills either

There’s a business out on the market that’s known as payday loans. These are loans that some financial institutions will give you when you’re waiting on your next paycheck but you need some cash now. The loans can be as little as $20 and the skies the limit on the other end. On the surface this might sound like a good investment in a way to get yourself out of danger, but it’s not.

The truth is that to get these loans you have to sign agreements that possibly have interest rates as high as 500% or more. Yes, you read that right, 500%! This means that if you need to borrow $20 you might have to pay back $100. As obvious as it seems to almost everyone that’s a bad deal, people can get desperate and sign things without fully understanding what they mean. And don’t even think about missing a payment because you will find interest rates will jack up from there.

Most people who would even think about considering this will tell themselves that they will just pay it off when they get paid. But you can get into the trap of trying to pay off and then finding yourself short again and signing another deal.

There have been people who have gotten themselves caught in a loop and been stuck in a deal that has lasted more than three years or so. The problem is that once you sign a contract it’s legally binding, and even if you end up declaring bankruptcy it’s hard to get out from under this kind of debt.

We strongly recommend that you stay away from this entirely, especially since there are many law enforcement agencies trying to shut them all down for their unlawful practices. However, if you want to learn more about it and you’re in New York state, you can check out this brochure from the state attorney general’s office. I’m sure other states will have something similar.

Next on the list is the concept of selling one’s structured settlement, which basically takes advantage of people who have won large cash awards from a lawsuit, usually geared towards medical issues, that a judge has decided needs to be doled out monthly, as well as to take care of pending medical bills, instead of receiving a lump sum payment. You’ve probably seen the commercials on TV where people say they want their money now. What ends up happening is that most of the people who go for these deals end up with as little as 50% of what they would get if they had stayed with the legal arrangement.

To many people, it might seem like a great deal to get $1 million all at once when you had a deal that was going to pay you $2 million, but that’s shortsighted thinking because you probably need at least that $2 million, if not more, for your protection later on down the line; long term medical bills are more expensive than you might realize.

There are no easy ways out of difficulties, and companies that offer things like payday loans and structured settlements are playing upon your fears and willing to take advantage of you. You can get the best financial advice in the world, but if you go either of those routes or anything similar, there’s probably not much that anyone will be able to help you with. An accountant might be able to put you on a budget, but it probably won’t be pleasurable unless you’re able to stick with it.

Instead, it’s best if you find yourself in financial difficulties to go talk to an accountant that can help you budget your money, or someone like Consumer Credit Counseling Service, which is a nationwide organization, who can help you set up payment arrangements with some of your creditors to get out of debt. With their help, your payments will be lower, the overall amount you owe might be reduced, and you’ll (hopefully) still have money left to pay your other bills along with buying food and gas.

You’ll have greater peace of mind and better control of your finances if you follow either one of these recommendations. If you’re in the central New York area, you can reach them at (315) 313-6401.