Years ago we bought something that was a want but not a need. We thought it would bring joy and health to the family, but it never worked properly. Within six months we decided the monthly expense wasn’t worth it and we got rid of it; it was a nice dream but we didn’t receive any benefits from it. 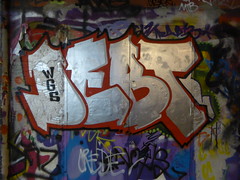 Once it was gone we thought about what we might get next with the money we weren’t spending on the useless item. Instead, we decided to go the smart route and use the money to pay down more of our debt.

What most people don’t think of when trying to assess the differences in saving money rather than paying down debt is that debt is actually more detrimental than saving is positive. Take your average credit card, where you might have an APR (annual percentage rate) of 15.9% on your outstanding balance, and compare that to a money market account that’s paying 3.5% (if you’re lucky), or your savings account that’s paying you way less than that.

Debt is sneaky in that you see those low monthly payments and figure that’s easy to take care of. Low monthly payments means the debt you owe is getting bigger and growing faster if that’s all you’re paying on your outstanding debt. Ultimately it’s going to take you longer to pay off, if you’re lucky enough to ever pay it off.

I believe that most people need to set up a process and plan for paying down debt, especially credit cards, than in saving money for the future. The future is important but so is the present.

Last year was a perfect example of a pending storm because of the pandemic. Many people suddenly didn’t have income, and even if they qualified for unemployment it probably wasn’t enough to pay all the outstanding bills that they thought they had covered. It was scary, and luckily many creditors offered plans and deferments until things got better. But it still caused a lot of people a lot of stress; that was scary.

What you need to learn is how to take a two-pronged approach to paying off debt. Here’s a recommended process.

The first thing you have to do is actually write down all the debt that you have. Once again we’re talking about setting up a budget. This scares many people, but it has to be done because you can’t fix what you don’t know is out there.

Excel is a great spreadsheet program to use because it’s easy to use, but you can use a pad of paper. When you’re ready to list everything, you need to have a column showing what the APR (annual percentage rate) is because it’s an important factor in what you’re going to want to do. List all debt, which includes car payments and mortgage, and any outstanding loans you have. 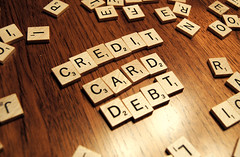 Once you look at balances and APRs, you have to decide what to pay first, and how. One direction to go in is to make slightly bigger payments to both the smallest amount you owe and the account that has the highest APR. When you get the lower balance to a place where you can pay it off in one chunk, do it.

You learn that it feels like a victory whenever you pay off the entire balance of an outstanding debt, and that makes you feel empowered and in control of your finances, which increases your dedication to your goal. For all the other debt, continue paying the amount that’s being requested of you for the time being, but try not to add any extra debt to your bills. This won’t be easy because you’re probably used to pulling out a credit card for many things. If you can, try getting used to using your debit card, which will help you control your spending.

When you’ve paid something off in full, you then take that money and roll it into the next lowest debt or next highest APR to try to accelerate paying one of them off. Continue this process until you’ve finally gotten yourself to a place where your debt load is manageable.

Notice we didn’t say when your debt is totally gone. That’s because almost no one ever totally gets rid of debt, since we all need stuff, including houses and cars, and some services only accept credit cards like rental car places and some hotels. You have to be willing to stop spending and using credit cards just for the sake of wanting new things; put some money away and use it when you’ve got enough to pay for it without incurring extra debt.

Something you can do is cut up your credit cards and send them back to the issuer. You need to know that your use of those credit cards ceases immediately, but if that’s what you need to do to slow down your spending, it’s an idea to think about. Realized that you’ll probably need to keep at least one major card as mentioned earlier.

Once you’ve gained control of your spending, you might even figure out ways to use your credit cards if they build up points or cash, then pay off the entire balance whenever you get the bill. That way, you actually start earning things while still staying out of debt.

Debt is scary and can be paralyzing. Having a plan to attack it puts you back in control of your finances and your life.