Handling the bookkeeping for many small to medium sized businesses is something that T. L. Wall Accounting does, and we believe we do it well. Bookkeeping really isn’t difficult if you have the time to keep up with it, and yet we find that there’s also an elegant art in doing it that can help our customers. If you’re predisposed to do your own bookkeeping, here are a few ideas that might help things go smoothly. 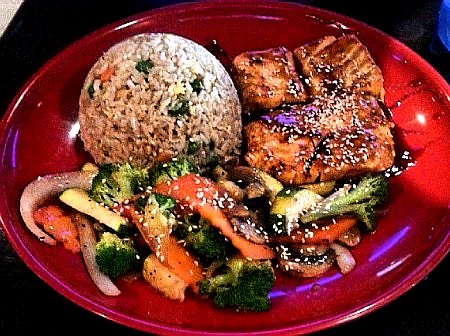 1. Categories. There are two things we find that people do which can throw them off immeasurably. The first is not having any breakdowns in their income and expenses so they know more about their money. The second is having so many categories that it feels like a miasma when trying to figure out where something should go, which often means another category ends up being created because it seems like the easiest way to go.
END_OF_DOCUMENT_TOKEN_TO_BE_REPLACED

Thanks for everyone who’s visited this blog and worked with us in 2021. Here are a few updates we wish to share with everyone as it pertains to our business, your business and taxes in general for 2022.

Normally we don’t have an “our business” spot in our yearly update, but we have exciting news we wish to share. We’ve moved to a new location, though we’re still in the area. Our new address is 403 East Taft Road, North Syracuse. If you’re familiar with the area, we’re across the street from the main post office. Lots of parking in the rear, totally dedicated to use; we’re happy about that. We’re still working on the logo on our main page, but our new address has been updated at the bottom of the page.
END_OF_DOCUMENT_TOKEN_TO_BE_REPLACED

Over the past six years we’ve given a lot of advice on many things related to financial health, both business and personal; budgeting, bookkeeping, accounting, income; etc. We’ve rarely talked about ourselves as a commercial for why anyone would want to work with us. Therefore, we’d like to take this opportunity to introduce ourselves again, and show why we feel we’re one of the top small accounting firms in the Syracuse and central New York area.
END_OF_DOCUMENT_TOKEN_TO_BE_REPLACED

I don’t know many people who don’t get some kind of anxiety at tax time. Whether you think you have money coming back to you or whether you think (or know), you’re going to owe money, it’s a tough time of the year when you know it’s filing time.

Did you know it’s estimated that around 8 million people a year don’t file their taxes, either on time or at all? That’s a fantastic figure, and it’s estimated to cost the government $83 billion a year. Think about it; this includes people who are getting money back.

Why don’t people do their taxes? The figure isn’t all that high for those who don’t believe in the tax system, the ones who believe the government doesn’t have the right to tax them.

The top two things are people just forget about it and people are scared because they feel they’re going to owe and won’t have the money to pay for it. Since both of these are common but only one of them is something we can help you with, we’re going to talk about the second issue.

Here’s a dose of reality for you; it’s always better to know. Even if you think you owe, you need to know what it is because that’s the only way you can possibly do something about it. As we wrote 2 years ago, the IRS will work with you to help you pay back your taxes. Depending on how much you owe, you could end up paying them as little as $25 a month if that’s all you can afford. It always depends on your circumstances, but they’re willing to work with you.

Going to an accountant for tax help might be better than going to a tax service. One of our client’s wives was told that she owed almost $4,500 in taxes because she’d worked a part time job that didn’t take much in taxes out. By coming to us, we were able to combine her and her husband’s taxes (they’d filed separately because he worked independently) they were able to bring the combined liability down to under $500.

It’s not that accountants are doing sneaky things to keep their clients from paying their taxes. It’s that they know some things even tax preparers might not know. Often tax preparers are temporary workers who go through a class, pass a test and man a table during tax season. It’s hard to compare that to someone who’s literally doing tax work all year long.

Don’t sit home scared of finding out if you’re going to owe something to the IRS or not. Go see a professional and take a major step forward in controlling your life.

My name is Mitch Mitchell, and I’m an independent consultant.

Many years ago, I was used to doing my own taxes. My income wasn’t anything special at the time, so it was pretty easy to do. However, even though it was easy, my wife and I were getting creamed on taxes. Still, we were able to pay them, so we continued going along like normal.

Then I had a really good year. Once again, I did my own taxes, and thought I’d taken care of everything. That is, until I got a letter from the IRS saying I owed them just over $25,000. I couldn’t believe it, based on how much I’d paid out, and I was in shock.

I knew that times had changed, and I really needed a professional. Terri and I were part of a training class and I’d gotten to know her very well. I was comfortable with her so I presented my issue to her and asked if she as an accountant could help. She said absolutely, and that began our association.

I ended up stringing two very good years together, but I hadn’t hired her soon enough to prevent my owing a lot more to the IRS after the second year. Per her recommendation, she said I need to be incorporated, which would allow me certain tax breaks. She also counseled me on how to maintain my receipts for expenses, and told me other things I could claim, since I was traveling a lot at the time.

She also recommended a financial analyst to help me put some money away. That worked very well also.

By being incorporated my tax liability issues went away. As a matter of fact, my expenses turned out to be so high that I for a few years I didn’t owe any taxes whatsoever; that was nice. What was even sweeter is that two years ago my wife also went independent, and last year we got our first tax refund ever! Without having an accountant, I doubt we’d be having the kind of success we’ve had.

If you’re in business on your own and you’ve been doing your own taxes, stop! At the very least meet with an accountant and let them see if they can do more to help you protect your income and your assets while lowering your tax liability. It’s much better than taking a once a year trip to the mall and allowing a tax company to do your taxes. Trust me, I did that once and my wife and I weren’t close to getting a refund.