We talk budgets all the time because things come up that we all suddenly need money for. Just last week one of our clients needed to pay for a quick airplane ticket and if he hadn’t had the extra $1,000 available, even if it left his account depleted, he’d have had some real problems. 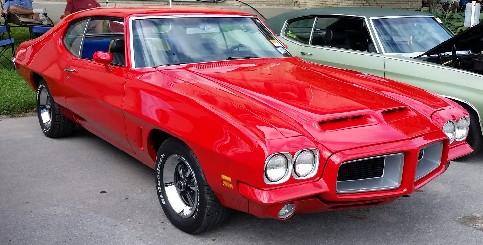 Suffice it to say, most of us live paycheck to paycheck. If we budget at all, it’s to make sure we can pay the bills we currently have, buy food and maybe partake in a bit of entertainment. And yet danger is always lurking around the corner. Thus, these 4 things you probably need to think about:
END_OF_DOCUMENT_TOKEN_TO_BE_REPLACED

Back in November we wrote a post giving our advice about some financial goals to shoot for in 2016. Those are good goals at any time, and in that article we shared other goals we’ve recommended over the years.

The best thing about goals is they help us to keep on track for what we hope to accomplish. The worst thing about them is that, if we don’t reach them, sometimes we get depressed or frustrated, which leads us to giving them up.

Recently there was an article that talked about financial goals in a way that makes a lot of sense. In essence, the person who wrote the article said that most people look at the big picture when it comes to goals. For instance, if they want to make $10,000 more a year than the previous year, they start at the end, which is the $10,000, instead of at the beginning, which is figuring out how to generate more income in the first place. That’s the difference between having an actual goal and having a dream to shoot for; it’s an important distinction.

Let’s take that $10,000 as an example. If you work at a corporation making $40,000 a year and your goal is $50,000, yet the company usually only gives 3% raises every year, you don’t have a chance to hit your goal if that’s all you have to count on. This means you have to either get another job, a part time job or find another way of making money on the side.

Let’s say you did either of these things.

A part time job might do it for you, and it’s probably your best immediate option. If you found a job paying $10 an hour and committed to 100 hours a month you’d earn $12,000 in a year, which would put you at your financial goal. Or maybe you could try to find a way to create your own income. Either option is viable, as long as you recognize one important thing – it’s going to take some time.

That’s not a bad thing, but it’s something that’s hard for a lot of people to consider. That’s why goals need plans, because the plan will help you realize how long it may take you to achieve your financial goal, whether it’s making money, reducing debt, or saving money. If you invest $10 a month into stock options, it’s going to take a very long time to get that money to grow; if you could afford to pay $1,000 a month it’ll grow faster, but even there if you have big dreams for great wealth it’s going to take time to realize it.

The article recommended people get used to the idea of financial growth by thinking in small increments. If you’re looking to reduce debt, concentrate on one bill at a time as the one to pay off while still making payments on the rest. If you’re trying to increase your income, start by trying to find a way to make $100 of extra money, then see if you can expound on it.

We want to see everyone living in comfort and financial responsibility. We’re not dream providers but, as accountants, we can help you learn where you are and figure out where you might want to be financially. After that, the skies the limit if you have the patience to ride out the time.

When we or anyone else talks about budgeting, it’s with the main idea of making sure you can pay all your bills and, hopefully, have something extra so that you’re not always living check to check. This is all well and good, but it’s possible that maybe you’re not paying enough towards your bills or putting enough away for your future. And with those as your only two choices (spending every dollar you make is NOT a choice for now), which is better to deal with first?

Last year the federal government passed a law stating that your credit card vendors must supply you with not only bills 21 days before their due to be paid but estimates of how much you would need to pay monthly, without using your cards again, to get rid of that particular debt. For some people that number might seem impossible to deal with on a tight budget and they might decide to try to put some money away instead. Let’s look at some real numbers.

The first is interest rates. The overwhelming majority of credit card interest rates come in between 14% and 23%. At your best the rate you’ll earn on any type of investing or savings might be 10%, and that won’t be every year (if it is you might want to hire a consultant to see if you’re getting the Madoff runaround). If you have time, it’s probably better to put more money towards your debt, even if you can’t pay it off in 3 years, because it’s growing faster than you can grow your money.

However, what if you can’t stop spending or using your credit cards? Some people just can’t stop themselves and it’s understandable. There are wants and needs that come up, and sometimes the credit card just seems so handy. Even though it wouldn’t be recommended overall as a first choice, in this case it might be better if you can put some of your money away towards savings or investment because it might help to spur you to stop using your cards at some point and actually pay down your bills with the extra cash you might see.

The “might” is important to see because it depends on the type of savings or earnings you’re hoping to try. Traditional savings accounts don’t earn anything these days except maybe some peace of mind. CDs might pay 2-3%, while most mutual funds could, as the economy improves, grow by 5% in a year, which can be compounded if you add to the investment amount on some sort of monthly basis. Of course you have to know that there’s risk if you’re shooting for a 5% growth, so you could just as easily lose that much on your investment each month, even with adding money all the time. If you’re risk averse, paying down debt once again becomes the better option.

It’s always better not to get into overwhelming debt, but remember that every day is another opportunity to get a handle on it, and there’s always someone who can help you overcome it.