Here’s a general question that almost every adult at one time or another in their lives either ask themselves or have someone else ask: should You buy a house? It’s a tough question to answer most of the time because not all circumstances are equal, and not all “homes” are houses. After all, purchasing certain types of condos could be considered homes, and in cities like New York City people purchase apartments as their homes. So let’s stick with the main topic of whether you should buy a house or not. 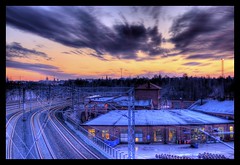 The thing about buying a house is that it’s not really yours initially… it’s only yours once it’s totally paid for. You can modify it as you wish. You might have a yard you can do things with. You’ll probably know where you can park your car if you have a garage. You might have a basement as living space or for storage. And, if you have a growing family, having a house will provide security, protection, possibly more space for more bodies, and great memories down the line.

Having said that, the dream of home ownership has suffered some over the last few years because we learned a lot of things that we probably should have known before both the recession and of course the pandemic, but there was no way to know some of it before the initial housing crisis came into being.

Owning a home depends on your money situation. It takes way more money than you think it does to maintain and keep your home. How much depends on how much you’ve decided to pay for your house, but for your purposes it was probably a lot of money no matter what.

One thing we learned is that floating interest rates are a horrible idea. They were promoted to offer a low rate to get people into homes but the dangers of an economy going south and people losing their jobs showed how dangerous that was. Even people who didn’t lose their jobs lost their homes to foreclosure because they couldn’t keep up with the new payments, which also meant they were paying more for their house than it was worth. Last year was mentally tough, even if most lenders worked with homeowners once the economy shut down.

We learned that trying to keep up with rising property taxes during financial crises can be next to impossible as well. When times get rough communities employ “phantom” assessments on your home, thus your rate goes up that way, and then they apply general increases in property taxes to protect schools and you take a second hit. You can fight the first one but there’s nothing you can do about the second one except vote those politicians out of office, which might not make a difference.

Three, we eventually learn how expensive it is to keep up with maintenance. We’re not talking about cutting the grass and painting a few rooms, which you have to do also. We’re talking about major appliances such as refrigerators and ovens. We’re talking things like your furnace and water heater. We’re talking things like replacing a roof, windows, or having to pay someone to try to seal your basement and remove mold if needed. You have to take care of those things to live in your house, but when you go to sell your house almost none of the things you do regarding maintenance increases what your house is worth.

Four, the process of looking and buying a house can be really stressful. Even if you build a house you’ll find that, unless you have unlimited money, you’ll never get everything you want, and you might not get what you want the way you want it. Then you have to deal with pushy realtors whose livelihood depends on you buying that home and banks trying to find ways to get your money at the highest interest rate possible (sure, they have to start with lower interest rates, but let there be even a minor question about your credit report and…) and lawyers in every state saying things you have to have that don’t really read the entire contract because they’ve read so many of these things that they assume they know everything that’s in them. And no matter how intelligent you are, the crush of paperwork can be astounding and your mind will get tired trying to understand it all.

Five, the neighborhoods. The problem with neighborhoods, even good neighborhoods, is that people get older and neighborhoods change. You had a certain neighbor for 25 years who’s passed away or moved elsewhere and now you have neighbors you’re unsure about. Sure, you can consider moving, but it’s always more of a hassle trying to move from a house than it is from an apartment.

However, six, you might also find that your property is suddenly worth a lot more than you thought it was… the pandemic and its aftereffects drove up the price of houses and it became a seller’s market. It’s always nice when the price of your home goes up enough to give you some consideration that maybe you’re ready to sell and move elsewhere… but don’t forget those assessments of the value of your home by your local government.

We always figure that one has to look more at all the negatives before really making a decision as to whether to pursue something or not, and home ownership has a lot of negatives; there were more that could have been listed, but we think the point has been made.

If you want to own a home, make sure your reasons are more for comfort and family than anything else. Take heed of some of the warnings above because they’re true, and then look at history. Millions of people have purchased homes and been able to stay in those homes their entire life, passing them to family members when possible or selling them and moving on. Everyone has had something happen to an item in or on their home that they’ve had to deal with and have found ways of dealing with it.

Thus, it’s not all bad, and it can be very good. Just don’t go into thinking about buying a house as if you’re moving into a place that will maintain itself and never cost you anything except a mortgage. Also, don’t forget to talk to your favorite accountant to see if you’re financially ready to buy one. 🙂