We might as well talk about the elephant in the room, especially those of you from age 55 and up. Social Security is in danger from certain politicians, but even if it ends up being saved, are you ready to live on it? 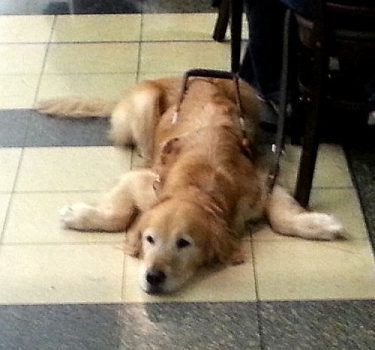 It’s not this bad…

The reality is that only 20% of the American citizens who eventually claim Social Security are actually living on it. Almost all of those people invested early or had well paying jobs, enough to put away so they could live on it when they retired.

The rest of us… well… it’s scary. Almost 3 years ago we asked this question: How Much Money Do You Need For Your Retirement? Check that one out after you’ve read this one; it’s important to consider.

We’ve been reading a lot of articles lately talking about Social Security, mainly at what age people should retire at. We’re allowed to apply for Social Security at age 62, but it’s not recommended… at least not by the majority. You take a pay cut from what you’ve earned until you reach your full retirement age, 66 or 67, depending on when you were born (before and after 1960). If you can afford to wait until you’re 72, you’ll bring home a bigger benefit. The important thing to know here is that the later you request it, the more money you might get.

The average Social Security benefit is expected to be $1,827 starting in January 2023. That doesn’t mean everyone get that, because Social Security is based on what your yearly salary was over the course of your working days. The average for couples is around $2,800.

With those numbers, let’s take a look at what you might be dealing with; let’s start with the single benefit. That $1,827 has a lot of things to cover if you don’t have any other income. Luckily, you get Medicare Part A around your 65th birthday, which covers your inpatient costs… except for a deductible for the first 60 days. Medicare Part B covers outpatient costs, but only at 80%… and it’ll cost around $165 a month, though you’ll still have to deal with the deductibles.

If we take the numbers above, you’ve already spend $135 a month on health care, which means you’re left with $1,512 if you’re single; remember, this is based on the average, which many people aren’t close to. If you have to pay rent monthly, you’re not going to have much left for food or any other bills… if you’re lucky. Even if your house is paid off, you’re going to have to pay yearly taxes. If you’re willing to sell your house you can defer monetary fear for a while, but if you’re not adding to it then it won’t last long.

We’re not trying to scare anyone, but these are the realities that most people deal with without knowing it was coming. This is why 80% of the senior population is still working. This isn’t a bad place to be overall, but it’s not what you thought you signed up for all those years ago.

This means you’ll still need to work, but you might have options. As salary has gone up, you might be able to make enough money so you only have to work part time. However, you still have to remember that money is taxable… depending on a couple of circumstances.

If your total income (either because of the part time job or the amount of Social Security you’re getting monthly) is over $25,000 a year and you’re single, you’ll have to pay on 85% of it, which is depressing; if you’re a couple, it’s $32,000. Depending on which state you live in, your Social Security also becomes taxable, but the amount varies by state.

These numbers are for “average” people. If you were in the military and receive a disability exemption, the threshold’s change, and you’ll probably have Tricare (the military insurance in place today) as well as being able to go to a VA hospital. If you worked in either state or federal government, you might have your insurance covered, depending on the job or the agency you worked for.

Depending on those circumstances, it all comes down to first budgeting to see what you’re going to need to buy on a constant basis, and how much money you’ll need for that… as well as extra “just in case” money. Think about the particulars: food; gas for your car; car and life insurance, etc, as well as the other insurances mentioned if you need to purchase them. After that, think about how many hours you’re willing to work if you need do, and work on finding a job paying an amount that lets you work part time hours unless you want to work full time.

The thing about working full time is you’ll have insurance coverage, and many part time jobs offer insurance at a lower rate. Any time you can cut costs and still get benefits helps greatly. By the way, there are part time jobs that might not pay for benefits, but they pay well hourly; maybe you’d like to walk dogs or become a part time companion for someone older or sicker or someone who needs a few more services while they’re living at home. You didn’t hear this from us (cough), but some of the people who provide these kinds of services are earning anywhere between $30 and $50 an hour; it’s something to think about.

We don’t have all the answers for every person because everyone’s circumstances are different. However, if you’re closer to 55, you need to start thinking about your financial future now if you haven’t considered it. If you’re closer to Social Security age, you still have a little bit of time to decide what you need to do for your safety and security. Don’t run from this; it’ll get to all of us eventually.