Almost nobody wants to discuss the topic of death, which also means no one wants to discuss money as it concerns death. Yet every day someone passes away and a family or business is suddenly struggling to survive, let alone proceed.

Admittedly it’s a hard topic to discuss, especially with elderly family members, and the younger you are the less inclined you are to even plan for eventuality, let alone talk about it. Still, deciding not to address this 800-pound gorilla will cause everyone a lot of grief.

There are some things that are critical to know up front, before the demise of a loved one or business partner. Let’s look at some of the most important things that others need to know in case something happens to you… or them.

You’d think this this would be a no-brainer since so many people know what wills are, yet a Gallup poll in 2016 showed that 56% of eligible Americans don’t have one; AARP stated 60%. Baby boomers come in around 56% having them but having 44% of those between 53 and 71 years of age not being covered is scary.

A will is important because it establishes what the beneficiary wanted to happen with their assets instead of waiting for the courts to decide for family members. Sometimes an estate can sit in probate for upwards of 2 or more years, especially if it’s complicated, but even having only one beneficiary can get wrapped up in red tape in some states.

A-2. Where’s the will located?

This sounds like a strange issue but what happens is that many people who have wills either don’t tell people about it or mentions that there is one but doesn’t tell them where it is. There’s a lot of paranoia and worry that if people know there’s a will and that they may be in it that they might be overly interested in their assets.

This is a rare problem for anyone to worry about (unless the benefactor is super rich lol), but the best way to handle it is to find out the name of the law firm that put the will together. These days some people use an online service to create a will and in some states a written piece of paper that has at least one signature from a witness is good enough to be considered a will so that might make it a bit tougher.

Something important to know is that if you find a will inside the house, it might not be the actual will. If the word “COPY” is stamped across it, you’ll need to contact the law firm that created it if it’s needed. In many states, if there’s no actual property around and the beneficiary’s name is already on the bank account then nothing official has to happen. If there’s specific reasons for probating the will, you’ll need an original copy with all signatures. The law firm will have that, and their address and phone number will either be on the envelope you find or listed somewhere on the copy of the will you find.

One of my present clients has his mother living with him. He knows she has both life and burial insurance, but doesn’t know what it is. His mother’s got dementia so she can’t help him and he’s been unable to find any paperwork telling him which insurance company her policy is with.

The thing about both of these is that they’re not part of probate or anything else, which means there’s no waiting period for them to be cashed in. This is especially important in making funeral arrangements but it could also be a benefit to the family if there’s no immediate access to family funds.

What you’ll end up doing is making a lot of phone calls if your loved one was retired or 65 years of age or older. That’s to stop all automatic payments from being deposited into the bank account. If retired and there were pension payments, one of those calls will end up going to whomever has been paying that. It’s probably the entity where the insurance policy lies, in which case they’ll send you paperwork to complete and send back, along with a copy of the certificate of death, and in a couple of weeks you’ll receive a check. By the way, you won’t know how much the check will be for until you receive it, so don’t bother asking.

The problem here is when there’s only one person listed on a bank account without anyone else having rights to using the money. This is especially hard when one of the accounts is for business and there’s a lot of money that the business needs to keep running. It’s also important if the owner was a sole proprietor and most of the funds are in that account, which makes it hard for the family to use if they need to.

If your parent is forward thinking and trusting, they’ll have at least one person’s name on the bank account to help them handle their affairs if needed. It’s better if this happens relatively early in the beneficiary’s life and that it’s a family member they trust. They should be encouraged to have a conversation with a bank manager in setting things up so papers like power of attorney are on file just in case something happens. This makes things easier to take care of when the eventual happens and keeps the account from being frozen, making it easier to keep paying bills until everything else has been resolved.

Unless you’ve been involved with this previously, the cost of everything associated with funerals is going to be a major shock. Everything that a state requires to prep a body for burial costs a lot of money. Funeral services cost a lot of money, as to the cost of caskets. Depending on what a family might want or feel the need to do, costs could run as high as $25,000 dollars, and that’s for families that aren’t rich; ouch!

This is another tough conversation families might not be prepared to have, but it’s necessary to do so. Cremation costs way less than traditional funerals, as well as the cost of the container, and if the burial plot is out of town the cost is minimal and can be handled by the family instead of a hearse.

There are more things to consider, but financially these are the biggest concerns to think about. These issues can make for a tough conversation, but it’s a necessarily conversation to have to make sure everything can be covered without hurting financially long term. 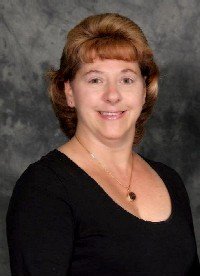